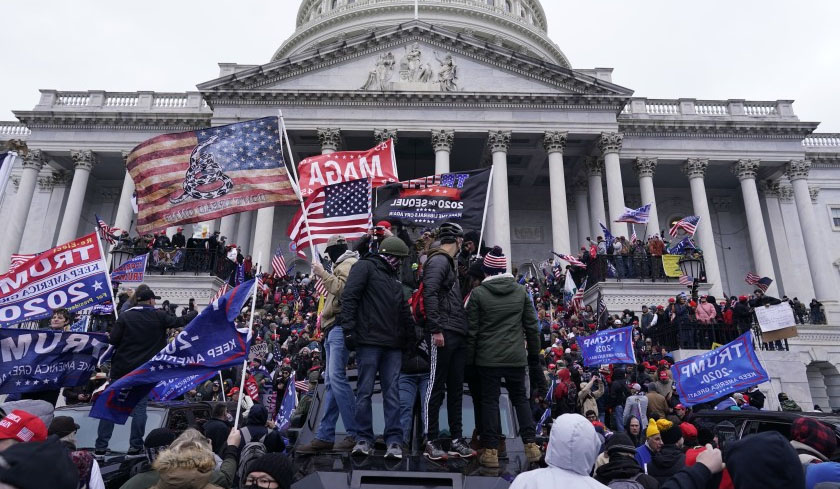 This is not a political commentary, though it is about political comments. This is about the power of words, and how Trump’s established language patterns changed after the election and resulted in agitating his followers into unprecedented action.

Motivation, Ability, Logic, Need, and Commitment. These are the basics of decision making. When giving a presentation, it makes sense to think about which of these you want to speak to and prioritize. Context helps you determine which you want to focus on. For example, when unveiling a new product you might prioritize ability, or when debating the facts of a legal case you’d probably emphasize logic. We all use a combination of these in our conversations, often without realizing it, and important patterns emerge.

These patterns can tell us more about the mindset of the speaker than most people realize.

Here is what President Trump’s graph looks like in almost every rally and interview response since he announced his presidential candidacy:

There’s nothing unusual in this language pattern. What is unusual is how consistently his speeches appear the same way. High in Motivation and Commitment, low in Logic, Ability, and Need. His first speech after recovering from Covid-19 looks just like his first MAGA rally (pictured above). Donald Trump’s speaking habits have been mocked over the years, but the effectiveness of his speeches is based in part on their simplicity. We want to get something, so we will get something. Motivation and Commitment. Save the ‘ifs’, ‘cans’, and ‘hows’ for the detail people. Cyrano’s AI engine defines this communication style as “Emotionally Driven.”

It’s worth pointing out that while this communication style isn’t good or bad, some people love it and others hate it. These opinions are not based entirely on the content of what the President says, but also the structure of how he says it. For the people who just want the bottom line answers, this way of speaking is efficient and preferred. People who need logical steps and a plan are frustrated by it. This is one of the less appreciated aspects of Trump’s polarization. He segments his audience by how they process information as much as he does their ideology.

Another interesting characteristic is how highly his speeches tend to score in the “Happiness” category. Detractors have called his speeches toxic, but his supporters are inspired by his positive and encouraging messages of things being “beautiful” and “the best,” etc. Below are graphs of the emotions depicted in those same speeches. ‘Happiness’ wins in a landslide.

Hurricanes, impeachment, and a once-in-a-century pandemic couldn’t change his public speaking style. Almost nothing did — until the election. After the election, his decision-making graph remained consistent but his emotional tone shifted dramatically.

Here is the analysis of two of his speeches in Georgia and his rally on January 6th, 2021. They clearly show the same decision-making “fingerprint.”

Now, look at his emotional context. These show dramatic increases in Anger, Sadness, and Disgust compared to previous speeches. Rather than using the happy words like, “greatest” and “kind” in previous speeches, he uses the word “fight” and “fighting” a combined 16 times in a single speech.

This is quite stunning. It’s very unusual to see such a stark difference in language patterns from someone who had established such a consistent pattern before. His followers have been encouraged by his words for years, and suddenly his optimistic passion and confidence turned to sadness. After a week of hearing increasingly sad, angry, and disgusted speeches, many supporters felt these emotions vicariously — and felt a connection and call to action that they had never felt called upon to deliver.

Cyrano’s AI simply listens like a human does. It analyzes the words and phrases that a person uses and interprets the motivational and strategic values of what was said. No matter what a person is talking about, they are telling you about themselves. Their priorities, their feelings, and their commitment. It’s fair to say that those changed in the President after the election, as reflected in his public statements.

Of course today we have the benefit of hindsight. But if we had looked at the trend of these speeches prior to the January 6 rally, combined with the context of that day’s events, the outcome would not come as a surprise. The increasingly angry and aggressive rhetoric had a predictable impact with a certain segment of his audience and listening for it.

How Martin Luther King, Jr. Changed the World With His Words