Fluctuating personalities - what you need to know about profiling leads

Have you ever wondered why personality profiler DiSC just doesn’t work for you?

Have you ever wondered why personality profiler DiSC just doesn’t work for you? You’re not alone. Despite its popularity and widespread use in business environments, DiSC, like other personality assessments, evaluates personality at a specific point in time—when a person takes the assessment.

The experiences they have on any given day and the context of those experiences can vary significantly and impact their results. For instance:

Clearly, our personality isn’t static—not across minutes, hours, or days—and certainly not across months or years.

A Blip in Time

Don’t take our word for it: organizational psychologist Benjamin Hardy has written a widely acclaimed book on the topic—Personality Isn’t Permanent. In it, he lays out a strong case for the premise that personality is malleable, not static.

Others have made the same case.

In “Five Myths About Personality Tests,” The Washington Post points to some compelling concerns about the use of personality tests. They say: “Many of the systems of personality classification we use today (the MBTI, the Big Five) are based on flawed experimental design.”

And further supporting our premise that personality isn’t fixed, a National Research Council study on MBTI found that:

“The indicator’s test-retest reliability — whether you got the same results when you took it more than once — fell woefully short of the APA’s reliability benchmarks: Only 24 to 61 percent of subjects received the same result when they took it multiple times.”

Yet, while both our personal experiences and reliable research continue to demonstrate that personality isn’t permanent, salespeople in a wide range of settings continue to rely on these types of personality assessments to help them close sales. 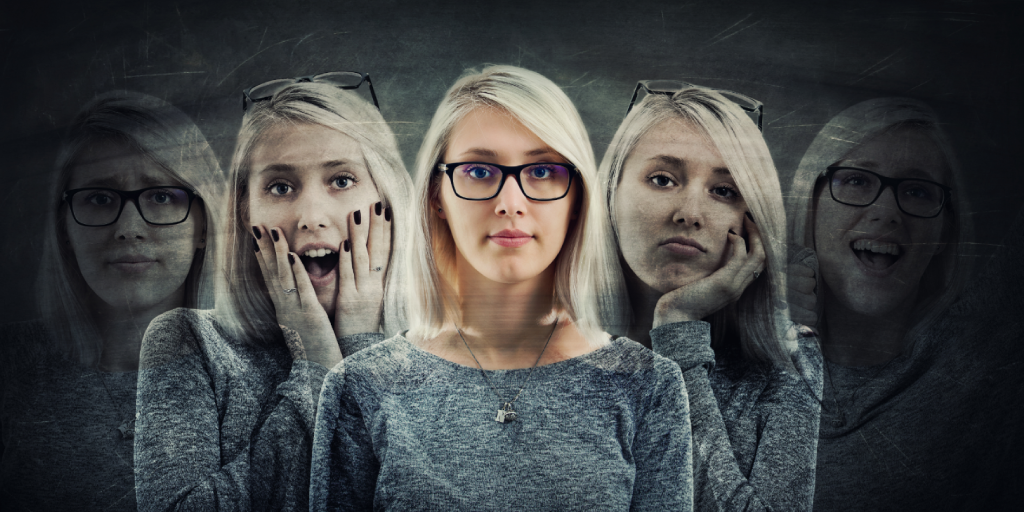 A Look at Typical Personality Tests

So DiSC—and similar assessments—base results on a blip in time. Patterns may emerge, but those patterns may depend on the mood you were in at that point in time and the setting you were in—for instance, taking the assessment at home might provide an entirely different result than taking it at work. Contexts and emotions aren’t taken into account in typical personality tests.

Unfortunately, that single blip in time assessment can result in your defined "personality" for years, which is how MBTI (Myers-Briggs) and DiSC operate. These personality tests look at people from a 2D (two-dimensional) perspective.

In truth, people are multidimensional, much more like a Rubik's cube. Assessments would be more useful if based on priorities and values—priorities representing real-time filters, and values representing more situational or contextually dependent values. That would, ultimately, be more descriptive of "personality."

While there may be some value in these types of tests, there is also potential waste—of time and money. Here's a case in point. A large percentage of companies use personality assessments in their hiring processes. But, the Society for Human Resource Management (SHRM), a leading trade association serving the human resource industry, reports that: "Compared to other hiring selection practices, personality assessments are among the least effective in predicting job performance."

In the sales world, of course, the ability to assess a prospect's personality is generally accepted as key to winning sales. Salespeople often receive training on evaluating personality types to better influence a prospect's actions, however, there is an awful lot to recall and put into practice, and more often than not, the training investment is a waste of time and money.

Fortunately, there is a much better and simpler way for salespeople to connect with leads. There's Cyrano.

A Better Way to Understand Your Prospects

The best salespeople are highly adept at "reading" their prospects and making quick personal connections that allow them to be persuasive in moving prospects to the point of sale. Though, the ability to do that can take years of trial and error, and—even after years of experience—the sales closing process percentage hovers between 30-40%—In fact, 64% of salespeople fail to close, according to Action Selling.

That’s where Cyrano comes into play.

With Cyrano the AI does the work—you get increased accuracy without having to remember anything. And you close more sales.

What could be better than that?

In our new ebook, Mastering Sales Communication - A Guide for Real Estate Sales Agents, we deep dive into how you can get to the heart of people's values and priorities—and how to move them from interest to action faster! 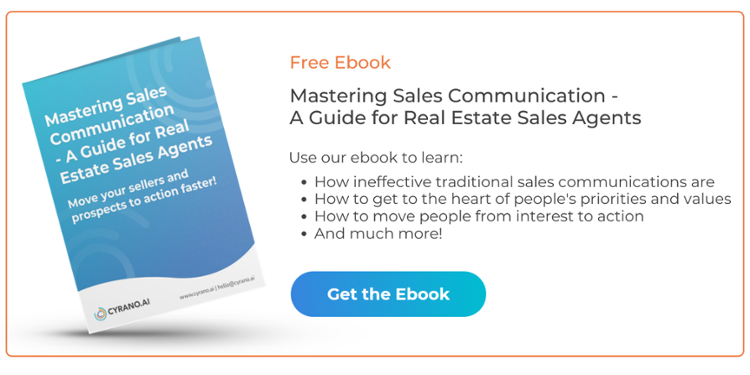 The power of deep listening in real estate sales